Today we take a look at 14 minutes of new gameplay for The Outer Worlds, but also a ton of new information about the game from 5 different interviews. Many press outlets got to see 1 hour of gameplay and in this video I will break down what they said.

My Notes:
Polygon
– Described as alt-history future – gilded age into outer space
o Some mega-corporations purchased a new colony in a star system far from humanity’s home world – two worlds in it that being terraformed
– Game starts as character is thawed on ship – on second colony ship
o Got knocked out of FTL travel so it took 70 years longer to arrive than intended – world has 70 years of buildup
– Not supposed to live over 10 years in hibernation – scientist kept you alive
o First quest is to dethawed others (or not)
o Can betry him the second you find the government – play as you’d like
 Get a lot of money
– Lots of character customization and rarely see character on screen
– Get own starship and crew – they have their own opinions
o From same DNA as NV, but characters more integrated
o Skills stack and they can interject in interactions
o No romance
o Central hub of game, fast travel, inv, companion storage
– Want to have companion personalities develop – fully fledged people
– Final game has 10 brands – each with own weapons and items
o Some lower end and some luxury
o Some brands are more moddable than others
– Can give companion orders, but have own combat styles
– Three dialogue skills
o Lie
o Intimidate – kill creature which may intimidate other creatures to run (advantages in combat from dialogue skill)
o Persuade
o Will interject and ask own questions
– Flaws – permanent negative attribute
o Bad thing happens so you can sidestep it and take a flaw
 Animal delivers grievous wound
o Robophobia
– “It’s a typical Obsidian game,” Staples said, “so it has a lot of choice and consequence. A lot of building your own character and playing the way that you want to play.”

IGN
– Old-west slang
– Distrust people of other companies
o Spacer’s choice dislike Auntie Cleo
– Spacer’s brand makes everything but cheap
o Auntie cleo mostly food and chem
– Science, medical, and engineering skills, gunmanship, melee
o Shrink ray reduced HP and damage – person gets high sequaky voice
o More you build into a skill the more perks you get from it
o Stealth – 20 points get stealth attack bonus
– 2 companions at a time
o Each has 3 skills they’re good at
o Companions level with you
 Pick persk for them too 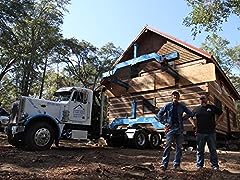 ✔️ FAST ACTING - Juice your performance FAST. Use regularly for prime results. ✔️ NATURAL + PEFORMANCE - Massive Male Plus crushes the competition. ✔️ SAFETY FIRST - Manufactured in the USA at an FDA registered facility in accordance with GMP complai... (as of November 15, 2020 - More infoProduct prices and availability are accurate as of the date/time indicated and are subject to change. Any price and availability information displayed on [relevant Amazon Site(s), as applicable] at the time of purchase will apply to the purchase of this product.) 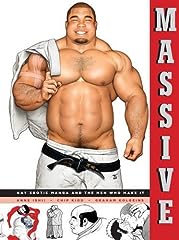 
Massive: Gay Japanese Manga And The Men Who Make It 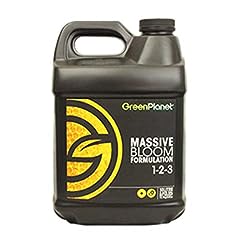 Massive is a unique blend of vitamins, minerals and growth stimulants. It is a high performance flowering additive with organic components derived from bee by-products. Massive is enhanced with B vitamins plus all the necessary micro elements, includ... (as of November 15, 2020 - More infoProduct prices and availability are accurate as of the date/time indicated and are subject to change. Any price and availability information displayed on [relevant Amazon Site(s), as applicable] at the time of purchase will apply to the purchase of this product.)

the outer worlds….. step up your engine Obsidian , this game is no more worthy than 20 bucks

With this and Cyberpunk2077 coming out in the near future, does Starfield stand a chance?

wonder if we can switch it to third person too? kinda miss that feature too

on the question of “open world” it’s probably like the kotor games, where there are isolated open levels (eg: each planet) splattered with a bunch of ‘dungeon’ areas. i don’t mind this really as it lets you get to the action faster instead of running around for hours. the trade-off will be less environment exploration. not sad to see the mini-games gone.

10:15 Yeah, right. Like in Fallout 2 you were literally being called “The Chosen One” AND was sent on a mission to save your village and ultimately, the world.

Already gave my soul for New Vegas. Now I must get it back and give by this one.

fallout 76 got nuke by the outer world

I can’t believe people believe hype. I trust CD Prokekt and Obsidian with there own respective games but I will never understand Bethesda fanboys or people who pre-order in general. This game looks like its finally worth my money when I decide to play it.

The numbers next to the lies In the dialogue options I belive is the chance they will belive the lie the first lie they belive but it gets harder to convince them the more you use.

I’m so pumped for this

All that’s missing is a space radio..

I still look forward to the game metro Exodus

Love that they’re adding flaws to an rpg

After Pillars of Eternity II turning out to be a hot mess I’m skeptical of Obsidian’s next title, it honestly doesn’t look that interesting or deep SO FAR.

Bitcoin has gone under CRYPTO-SLEEP lately…

all those things would make more sence to you if you had played others obsidian games. like pillars of eterniry. the followers and dialog systems are pretty much the same from game to game.

So we all agree this is the REAL fallout 76 right?

No Romance Huh? Just Give Modders Time, They will be able to made this Most Romantic game ever.

It looks a bit lifeless to me.

hmmm. Not so sure about the flaws system. I mean imagine you are playing as a pyromaniac character who suddenly gains a fear of fire, or a beastmaster who becomes scared of animals, that would not make sense.

I think in addition to the “dumb” speech option, I think I’d have fun with one labeled “edgelord”.

I would venture to guess that “discovering” a fast travel location may be different from unlocking the ability to fast travel to the location. Discovering it may just mean that you know where it is on the map.

The gunplay and the damage counter looks EXTREMELY like Destiny. Is it just me?
The GUI, all together, looks like one of those cheaply made free to play chinese games. Just my personal opinion. Hope they change it before release.
But I’d like the ‘GUI Color Change’ to come back as a setting for their games.

Thank God for obsidian, hopefully Microsoft just let them do their thing and we could have some fantastic games coming out soon

Bethesda gameplay formula mostly consists of predatory instincts: kill, grab and celebrate. Although, I must admit this game at least seems to have some proper RPG mechanics. But with so much emphasis on NPC characters, could not they make decent facial animations?