About Sid Meier’s Civilization Beyond Earth:
http://store.steampowered.com/app/65980/
Sid Meier’s Civilization: Beyond Earth is a new science-fiction-themed entry into the award-winning Civilization series. Set in the future, global events have destabilized the world leading to a collapse of modern society, a new world order and an uncertain future for humanity. As the human race struggles to recover, the re-developed nations focus their resources on deep space travel to chart a new beginning for mankind.

As part of an expedition sent to find a home beyond Earth, you will write the next chapter for humanity as you lead your people into a new frontier and create a new civilization in space. Explore and colonize an alien planet, research new technologies, amass mighty armies, build incredible Wonders and shape the face of your new world. As you embark on your journey you must make critical decisions. From your choice of sponsor and the make-up of your colony, to the ultimate path you choose for your civilization, every decision opens up new possibilities.
Features
Seed the Adventure: Establish your cultural identity by choosing one of eight different expedition sponsors, each with its own leader and unique gameplay benefits. Assemble your spacecraft, cargo & colonists through a series of choices that directly seed the starting conditions when arriving at the new planet.
Colonize an Alien World: Explore the dangers and benefits of a new planet filled with dangerous terrain, mystical resources, and hostile life forms unlike those of Earth. Build outposts, unearth ancient alien relics, tame new forms of life, develop flourishing cities and establish trade routes to create prosperity for your people.
Technology Web: To reflect progress forward into an uncertain future, technology advancement occurs through a series of nonlinear choices that affect the development of mankind. The technology web is organized around three broad themes, each with a distinct victory condition.
Orbital Layer: Build and deploy advanced military, economic and scientific satellites that provide strategic offensive, defensive and support capabilities from orbit.
Unit Customization: Unlock different upgrades through the tech web and customize your units to reflect your play style.
Multiplayer: Up to 8 players can compete for dominance of a new alien world.
Mod support: Robust mod support allows you to customize and extend your game experience. 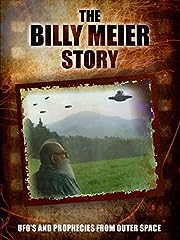 
The Billy Meier Story: UFOs and Prophecies from Outer Space

Turn heads in this timeless evening gown. This dress starts off with an open sweetheart neckline underneath the net overlay which is filled with dramatic floral appliqué and inside is embellished with rhinestones. The illusion bodice has long, sheer ... (as of November 15, 2020 - More infoProduct prices and availability are accurate as of the date/time indicated and are subject to change. Any price and availability information displayed on [relevant Amazon Site(s), as applicable] at the time of purchase will apply to the purchase of this product.) 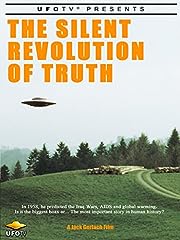 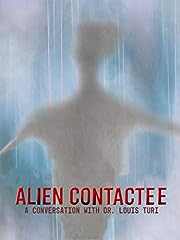 i dont get why people bash this so much. as much as i love civ 5 with over 400 hours put into it i find this game very enjoyable.

I had this game on steam( legit download) but all of a sudden it wasn’t in my library! I didn’t touch my computer ever since I had gotten the game, and 2 weeks later it was gone. Did I do something? Did they recall the game? I am very disappointed . I have to buy it again .

You have a soothing voice PPCC!

alien nautral i lost a colony settlig unitit and a gun boat in the start to the bigg worm and the aline leviathan…..

wft, the trailer is so beautiful, and the game is this shit.

you guys probably dont know anything about strategy games.

It’s an interesting game with a lot of potential.

I usually focus on Economy and Military.

i started this video, reading only part the channel name. Was in heaven when i heard your voice instead of Pewdiepie !

You have gotten very fast at saying you name PewPewChewChew

only good thing about the civ series… intros

you talk too much

completely beside the point, but I like your voice! 🙂

Ever think to move the cursor out of the middle of the screen?

Love the video, but dude you need to learn to breathe while you talk 🙂

I think it’s great that you talk so much for several reasons. First, I am thinking of buying this game, IN SPITE OF THE FACT I HATE TURN BASED GAMES, but Alpha Centari was a great game way back when, and so I need the tutorial you have created to see if it is worth it.
Two, talking so much tends to tweak those who are rude, retentive and abrasive and it’s very important that those of us who value civility and politeness rub these individuals raw until they grow up.
If I have any criticism it’s that you don’talk enough XP

It’s pronounced “T” not “Dah”. “Rather”, not “Radder”. “That”, not “Dat”. “There”, not “Dere” Also, why do you end each sentence with a raised tone like you’re always asking a question? Are you just inherently unsure of yourself?

Can I Play Free Civilization 3

I use your videos as a lullaby.

the trailer looks awesome, the game looks boring. you’d pretty well have to have no life to play this. I could learn String Theory faster then this game. too much to learn for such little fun

I don’t like this game. Better wait on Civilization VI, which will be back on earth. Release on October 21. 2016

I brought this game other day on steam it was on sell. Its really nice game.