Call of Duty: Infinite Warfare is a first-person shooter video game developed by Infinity Ward and published by Activision. It is the thirteenth primary installment in the Call of Duty series and was released for Microsoft Windows, PlayStation 4 and Xbox One.

Call of Duty Infinite Warfare is a first-person shooter. As the game introduces a new setting, outer space, new gameplay mechanics, such as zero-gravity environments, are included. Players are equipped with a boost pack, and a grappling hook, which allow players to move in these zero-gravity environments easily. As the game is set in space, players can visit different planets, satellites and asteroids in the solar system.

Assuming control of Captain Nick Reyes, a Tier 1 Special Operations pilot, players will engage in aerial combat with enemies using his transforming fighter, the Jackal. Aerial combat is not on-rail, as players can freely control the Jackal without much limitations. According to Infinity Ward, both space combat, and the franchise’s signature “boot-in-the-ground” gameplay are the game’s key focuses, Transition between space combat and boots-on-the-ground combat is seamless with no loading screen. Players gain access to Retribution, a central hub world. In Retribution, players can view their progression, and start main campaign missions, and secondary quests called “Ship Assaults” which gives them cosmetic and customization items, upgrades to the Jackal, as well as new story details. Reyes also has a wrist computer, which allows him to hack into enemies’ gadgets and machines such as robots. It can also be used to call in reinforcements at some campaign scenarios. As the newly-appointed commander of the UNSA Warship Retribution, Captain Nick Reyes (Brian Bloom), a Tier 1 Special Operations pilot of the Special Combat Air Recon (SCAR), is tasked to lead a crew to defeat the Settlement Defense Front on Earth, as well as journey to outer space and across other planets in the system using space-based fighter craft, referred to as Jackals, to stop the Front from taking over the entire Solar System. Assisting Reyes in the fight against the SDF are his mentor Admiral Raines (John Marshall Jones), Private Kashima (Eric Ladin), Reyes’ wingman Lieutenant Nora Salter (Jamie Gray Hyder), SATO Marines Staff Sergeant Omar (David Harewood), Corporal Brooks (Jason Barry), and Reyes’ robot sidekick ETH.3n (Jeffrey Nordling). Facing Reyes and his allies in battle is the commander of the starship Olympus Mons, and leader of the SDF, Rear Admiral Salen Kotch (Kit Harington). Kotch is backed by several high-ranking SDF officers, including Vice Admiral Caleb Thies, Senior Lieutenant Attila Zalanyi and Captain Bradley Fillion (Conor McGregor).

Zombies in Spaceland, the first map in the game, will be set in an ’80s movie style theme park, featuring four 80’s archetype characters: Poindexter the Nerd (Seth Green), A.J. the Jock (Ike Barinholtz), Andre the Rapper (Jay Pharoah) and Sally the Valley Girl (Sasheer Zamata). The four characters are aspiring actors, who are trapped inside a horror film by renowned director Willard Wyler (Paul Reubens), and must survive the undead onslaught as characters of the film. Additionally, the four actors will encounter an enigmatic DJ in the theme park (David Hasselhoff), who offers to assist them in escaping the movie and ruining Wyler’s plan. 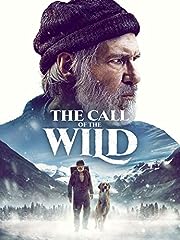 
The Call of the Wild

(as of October 24, 2020 - More infoProduct prices and availability are accurate as of the date/time indicated and are subject to change. Any price and availability information displayed on [relevant Amazon Site(s), as applicable] at the time of purchase will apply to the purchase of this product.) 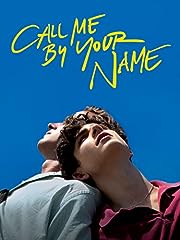 
Call Me By Your Name

(9855)
(as of October 24, 2020 - More infoProduct prices and availability are accurate as of the date/time indicated and are subject to change. Any price and availability information displayed on [relevant Amazon Site(s), as applicable] at the time of purchase will apply to the purchase of this product.) 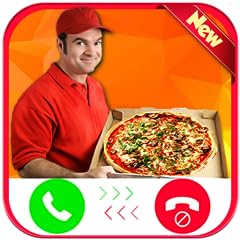 - 100% Free App !!! - Simple, easy to use. - Compatible most Android devices. - Highly Entertaining. - High Quality Sound Call From 🍕Pizza Delivery Man - The Big Fake Call Chungus 2019 (as of October 24, 2020 - More infoProduct prices and availability are accurate as of the date/time indicated and are subject to change. Any price and availability information displayed on [relevant Amazon Site(s), as applicable] at the time of purchase will apply to the purchase of this product.)

(as of October 24, 2020 - More infoProduct prices and availability are accurate as of the date/time indicated and are subject to change. Any price and availability information displayed on [relevant Amazon Site(s), as applicable] at the time of purchase will apply to the purchase of this product.)

I know im late but if Reyes and Salt were the same rank as stated in the first video I know he got a promotion but before that they aleready said he was in command. then why did reyes get command of the ship over salt? Am I missing something to do with rankings and military stuff or is the game sexist….

This is great so far.

10:58 – it reminds me of the scene from BATTLESHIP lol

Call of duty: No man’s sky

*its over its over*

the fighting reminded me of halo reach

I love this COD series

I wish I wad in infinite warfare

Omar comes over and your suddenly able to lift the crate. thanks Martian Manhunter

Reminds me of startrek

sky battle reminds me of halo

half of the video (gameplay other half (cut seen)