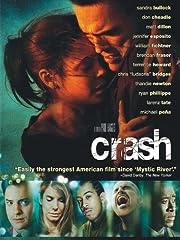 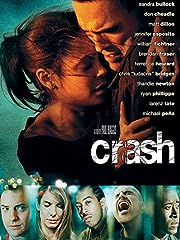 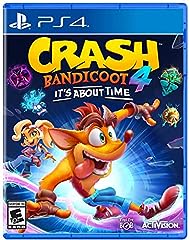 New abilities More playable characters Alternate Dimensions Ridonkulous bosses Same awesome sauce (as of November 16, 2020 - More infoProduct prices and availability are accurate as of the date/time indicated and are subject to change. Any price and availability information displayed on [relevant Amazon Site(s), as applicable] at the time of purchase will apply to the purchase of this product.)


Pissing in the Sandbox

This is really amazing to see, tough the HUD may need more touch and it seems the “Got hit” mark is missing. Just to point that out

Is it possible to overflow the boost reservoir like in the original? Is it stored in a small byte value?

The turn after the 3rd boost drift seems to be little bit off. It like forces your cart to move in a different direction.

*About the Controls:*
They should fix the boost and reverse thing. Because when they do the third boost it loses the speed (especially when touches the wall), and the third boost it pushes to diagonal too making you automatically hit the wall or whatever it’s in your left or right side, see? It’s like CNK! I really hope they fix it!
It’s just a impression or you can now horn pressing a button? I listened to a horn in some of these Gameplays…. Is this a thing?

*About the OST:*
Some original sound effects still here like menu one, I hope they use O.G stoplight sound effect, make boost sound effect louder, bring back O.G CTR aku aku’s music and change voice actor to the n sane trilogy one (if isn’t him already), bring a option to change O.G or remastered soundtracks, Dynamic OST (ex: when you go inside a cave the music play with echo, when you’re underwater it play more “foggy”, etc), I observed that the music beat/rithym changes a bit when its final lap.
And please! Tell me those musics of soundtracks (especially crash cove) it’s just a beta, and it’s not finished, because I hated those excessive trumpets in every music that plays in this gameplay.

*About the menu:*
As a lot of people, me too, I want they change to checkers flag background… But as some people say it’s just a beta, I really hope so, then I will not complain about it.
About being a beta too, I will not complain about they don’t show the way of a track when you’re choosing it (like in O.G).
The menu sound looks to be the same as O.G that’s a good point, I like it.
Under the name of a track it shows “N. sanity Beach area”, “Glacier Park Area”, etc. that’s a good point too.

*About the HUD/layout or whatever it called:*

I prefer their 2D icons, nothing against, but 3D icons don’t fits so well when the rest of things are all 2D icons (except wumpa fruit), and the position bar looks smaller than O.G one, “Ah, it’s because it will block your view of the track” not if you keep it in the left corner, just make it a little more bigger than it actually is than would be better, and when you hit someone, their icon don’t become RED or GREEN like O.G, idk if they will fix it but I hope so. The wumpa fruit count looks slower than in O.G, better they fix it and make wumpa fruit more bright when get 10 wumpa fruits

*About the graphics:*
As everyone saying and know, the game have amazing graphics, the brightness, shadow, texture of tracks, the snow, sand or mud being thrown and stuck in the wheels, the water looks awesome too (looks more realistic than in Crash 3 from N Sane trilogy Toad Village, etc), I loved every details in all tracks (especially the cave/tunnel at polar pass and crash cove under the waterfall). Nothing more to be said, it’s already totally awesome and beautiful graphics.

*About the characters:*
Oh well…. Even being most of CNK voice actors, looks like… It’s a bit….. Weird…. Like when Coco say “bandicoot power” it’s there’s not much enthusiasm when she say that, it’s for most of characters who say something, some quotes are good, other aren’t too good as O.G, I hope they fix it, And About Polar, I prefer when he bark, grown, like a dog…. (He’s a poodle wear of a bear), Pura sounds so annoying in this game, he meows every time, more than any other character, and his meows need to be less “annoying”, why they don’t use real cat sounds? And not a guy trying to imitate a cat…. Idk… But doesn’t look so good, about crash (even reminds me all the time the fucking Crash of The Titans and Mind Over Mutant, it’s Good a bit, idk… But I didn’t heard any “WOAH” through the entire gameplay, and “WOAH” is the only thing he can say, it’s not annoying, it’s just crash being Crash, like Mario saying “it’s me, Mario” and sonic saying “gotta go fast”… Don’t change something that it’s already quiet in it’s corner and everyone accepts, plz!

I do wish that they would also include on option to make the graphics, music and controls like the original. If not, then maybe as a bonus when you complete something.

Deja vu
I’ve just been in this time before
Higher on the street
And I know it’s my place to go
Calling you and the search is mystery
Standing on my feet
It’s so hard when I try to be me yeah!

“You call that racing!?”

Thats a reffrence from CNK

I love how they use lines from both CTR and CNK for this game. I can’t wait to get my hands on this game and play as my favorite characters again. In a characters case, Dingodile

You know what? He sounds pretty good here.

+@UCefsmq944ndteqbhCEvL4FA create the pc version, include all the characters from the crash
bandicoot universe including those who come from games that are created
after this one, include oxide as a playable character in all the modes
(including the story mode) mantaining all of it’s superior stats
(whoever want the challange can use polar or puar or ripper roo), the
online mode must serve only to allow the players to race against each
onther unlike what sony did with syphon filter omega strain were
everione was literally forced to play that mode because otherwise it
wouldn’t be possible to achieve the 100% completion and also get all the
unknoables, and of course include the original sount tracks and the
original sound effects as an option like capcom did with the remake of
resident evil 2

… the old game he didnt have a tail… okay i get it it didnt work with the graphical limitations. But he STILL doesnt have a tail now?

In the original CTR, enemies have 3 lane move, left, middle and right, in this remaster it seems enemy movement is random, i hope you understand what i mean

Finally someone knows how to jump!