Gameplay:
Final Fantasy XV is an open world action role-playing game where players take control of main protagonist Noctis Lucis Caelum during his journey across the world of Eos. While accompanied by three companions Gladiolus, Ignis and Prompto, Noctis is the only character directly controlled by the player: he can navigate through simple movement, jump small obstacles, sprint for a limited time, and perform context-based actions such as taking cover behind objects. The world is a large connected landmass that can be explored on foot, or by using the party’s car “Regalia” or chocobos, recurring galliform birds in the Final Fantasy series. Both the Regalia and chosen Chocobos can be customised by the player, and Chocobos can join in battles if their connection to the characters is strong enough. While Chocobos are controlled manually, the Regalia can be either manually or automatically controlled. The party can also fast-travel to areas unlocked on the world map. The Regalia must be refueled periodically at petrol stations. In towns the party can visit, there are inns and hotels where they can stay, shops where items and equipment can be purchased with the in-game currency gil, and Information Brokers, non-playable characters (NPCs) who provide information on quests, from main story missions to side quests. Side quests are also available from individual NPCs found in towns. During some story sequences, dialogue choices will appear for Noctis, with the selected option altering the response from NPCs.

Story:
Final Fantasy XV takes place on the Earth-like world of Eos. The land, once divided between multiple nations including Lucis and Tenebrae, has almost entirely come under the dominion of the empire of Niflheim. Only Lucis has managed to keep Niflheim’s Magitek army at bay through the use of its crystal, a magical artifact gifted by the world’s deities in antiquity, accessed through the hereditary Ring of the Lucii and draining the reigning king of his life-force through its use. Due to possessing the world’s last crystal, Lucis develops into a society isolated from the rest of Eos. Tenebrae has retained limited autonomy as Niflheim’s vassal due to being the home of the Oracle, a priestess with the ability to commune with the world’s deities and halt a worldwide catastrophe referred to as “the Plague of the Stars”. Significant beings within the world of Eos are the Astrals, a race created by the world’s deities that serve as the guardians of the natural world and are divorced from human affairs. 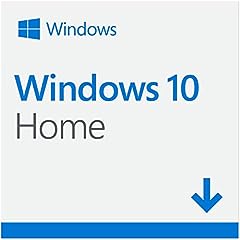 Windows 10 delivers comprehensive protection – including antivirus, firewall, internet protections, and more 3D in Windows 10 gives everyone the ability to produce 3D objects with speed and ease Windows Mixed Reality provides the thrill of VR plus ph... (as of September 23, 2020 - More infoProduct prices and availability are accurate as of the date/time indicated and are subject to change. Any price and availability information displayed on [relevant Amazon Site(s), as applicable] at the time of purchase will apply to the purchase of this product.) 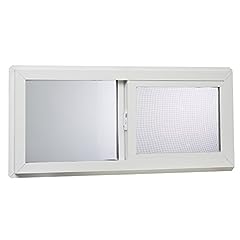 Park Ridge Products basement slider window is the perfect choice for your new construction or remodeling needs Park Ridge Products basement slider window is manufactured with a heavy duty extruded welded vinyl sash and main Frame The sash glides effo... (as of September 23, 2020 - More infoProduct prices and availability are accurate as of the date/time indicated and are subject to change. Any price and availability information displayed on [relevant Amazon Site(s), as applicable] at the time of purchase will apply to the purchase of this product.) 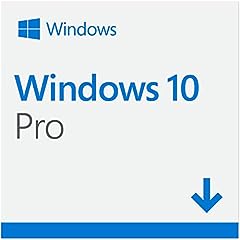 Windows 10 gives you the best experience for starting fast and getting things done Windows Hello is the password-free sign-in that gives you the fastest, most secure way to unlock your Windows devices Windows 10 delivers comprehensive protection – in... (as of September 23, 2020 - More infoProduct prices and availability are accurate as of the date/time indicated and are subject to change. Any price and availability information displayed on [relevant Amazon Site(s), as applicable] at the time of purchase will apply to the purchase of this product.) 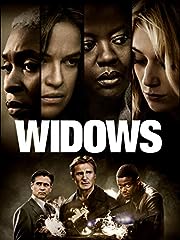 (as of September 23, 2020 - More infoProduct prices and availability are accurate as of the date/time indicated and are subject to change. Any price and availability information displayed on [relevant Amazon Site(s), as applicable] at the time of purchase will apply to the purchase of this product.)

Cindy is so hot is this Final Fantasy XV

oh man I’m so happy to see this! your original ffxv lp is why I subbed in the first place! I know you said that you probably wouldn’t end up replaying the game but any plans to play the dlcs?

i’ll be playing with dolby atmost

The funny part is the first final fantasy game I watch was this one… SMH. I miss out a lot of good things. This might be a dumb question but will there be another and is the other games in order timeline.

Nude mods incoming :D. I thought the game was only available for 30 FPS.

Stand by me song

Japan dub. is much intensive than english.

Cid looks even older in this one, the power of ultra settings is another thing entirely.

what settings did you use (graphics)

I got mad stutter in this demo… for fuck sake…

i hope someone will do a cg render model mod

“Walk tall, my son” and then stand by me starts… and I’m crying again

it looks like how it was supposed to look. Aslo, that 60fps mmm why better then 30fps, on ps4.

How are you using a PS4 controller on pc?

I like what I’m seeing in your video. This might be my 1st FF game in over a decade.

The bromance in this game is off the chart

stand by me lol doesnt fit this starting scene

The struggles of chapter 13

Why does the lip sinking seem so off.

Prompto is Spider-Man >:D (I mean the voice sounded familiar… I know the game came before the 2017 reboot spider-man cartoon)

Good video, just subscribed. Can’t wait to get this game when I get my new PC in a few months.

Sorry man, but this is a shit game

Is it me or their facial expression is much detailed than on the ps4? We can see all the slight and subtle eyes and mouth movements. Really gives another level of immersion I think. Maybe I’m just crazy.

Nude Ignis. I am waiting! Please make it happen!